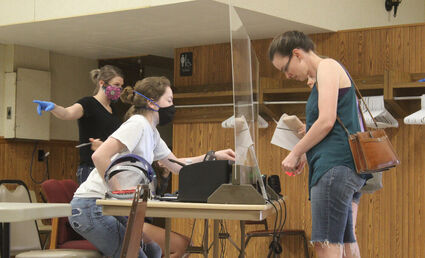 Voters sign in at the Primghar polling location during the 2020 primary election.

Republicans will use the most ink when they cast their votes, as Democratic filings were few and far between. Locally, the most heated race has seven Republican candidates vying for three nominations to the Clay County Board of Supervisors.