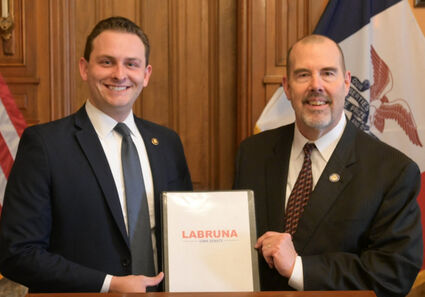 A three-person panel confirmed on Tuesday that a candidate in Iowa Senate District 3 is indeed eligible to run for the seat.

Republican District 3 candidate Lynn Evans, of Aurelia, filed a challenge to GOP opponent Anthony LaBruna's candidacy on the grounds that LaBruna didn't have residency in Iowa for one year as required by state law. However, the State Objection Panel comprised of Secretary of State Paul Pate, Auditor Rob Sand and Attorney General Tom Miller ruled LaBruna was eligible for the November ballot, thusly upholding his candidacy and ensuring a two-person Republican primary ra...