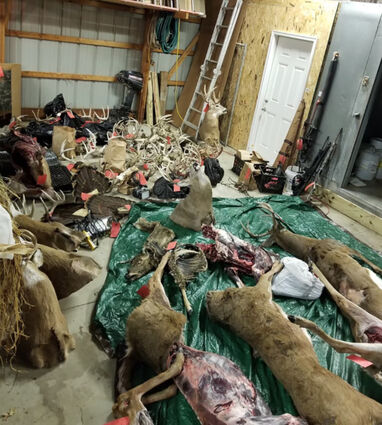 DNR officials uncovered a poaching network that yielded several dozen animals during the course of their investigation.

An investigation that began as a turkey poaching case last fall has concluded with five individuals pleading guilty to 48 wildlife charges and assessed nearly $83,000 in fines and liquidated damages.

State conservation officers were executing a search warrant at the home of Devon Lewis, 26, of rural Washta, on Nov. 21 when they discovered evidence of other poaching activity. Once an additional search warrant was secured, investigators uncovered evidence of a year-round poaching network involving at least 70 deer, four turkeys, ducks, raccoons and red fox dating back to at least 2018.