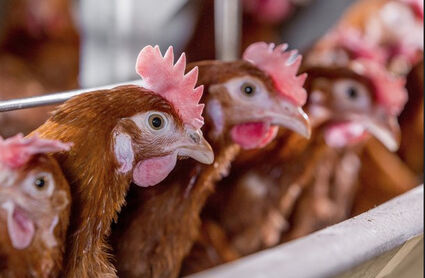 Approximately 920,000 laying hens were destroyed following the discovery. Earlier this month, a backyard flock in Pottawattamie County and a 50,000-bird commercial turkey flock in Buena Vista County were found to have the virus.

Highly pathogenic avian influenza (HPAI) is extremely contagious and deadly among birds. The virus wreaked havoc in Iowa in 2015, leading to the destruction of 32.7 million birds. Nationally, that number tallied 50.5 million.

Gov. Kim Reynolds issued a disaster declaration for Taylor County, allowing the state ag department and other agencies to help track, monitor and contain the disease, as well as dispose of birds and disinfect facilities.

According to the Iowa Department of Agriculture, a quarantine zone with a six-mile radius has been placed around the Taylor County site to restrict movement in and out of the facility.

Iowa Department of Agriculture has urged flock owners to prevent contact between their birds and wild birds and to report sick birds or unusual deaths to state or federal officials.