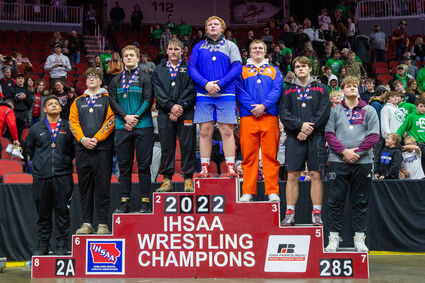 The 2022 state wrestling tournament in Des Moines provided Okoboji/HMS qualifier Nick Bronstad with opportunities to improve upon his eighth-place finish as a junior as well as record some personal accomplishments.

The three-day event at Wells Fargo Arena opened with Bronstad losing to a familiar foe in the opening round and closing with the H-M-S senior defeating that same opponent to finish seventh among the Class 2A 285-pound competitors.

In between, Bronstad also became the fourth wrestler from H-M-S to place at least twice at the state meet and the 12th to win at least 100 matches in h...