The last was the first 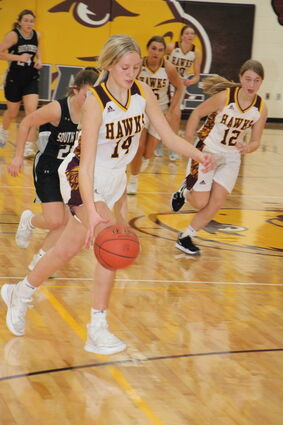 Down to their final chance to win a War Eagle Conference game, the Hartley-Melvin-Sanborn girls' basketball team responded by defeating South O'Brien, 49-33, on Feb. 8 in Hartley. The Hawks finished the regular season at 6-15 overall and 1-9 in the conference.

H-M-S had defeated Harris-Lake Park and Trinity Christian, as well as South O'Brien in the teams' first meeting, but those wins did not count toward the WEC standings.

"We had a couple of other ones that slipped out of our hands," Hawk coach Lester Tessum acknowledged.