Bill would ban eminent domain in some cases 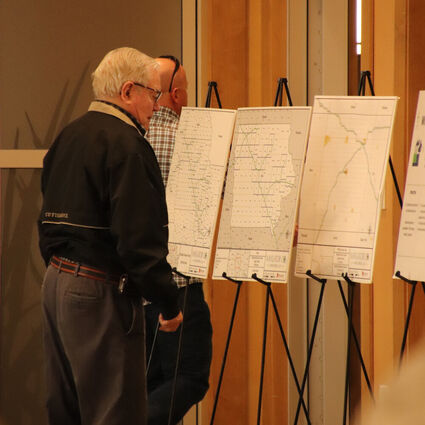 A landowner reviews maps during an informational meeting hosted by Navigator CO2 Ventures in Sheldon on Dec. 1, 2021.

A bill proposed by O'Brien County's representative in the Iowa Senate would halt the use of eminent domain to complete privately-funded projects.