H-M-S gets off to slow starts in 3 losses 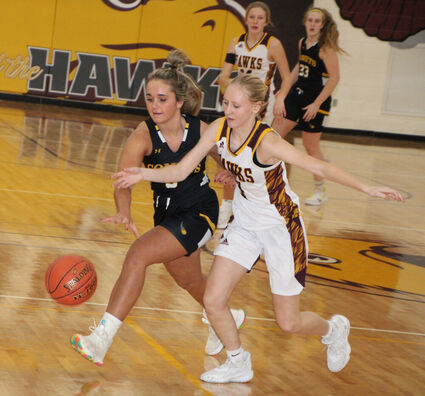 Elise Haack and Boyden-Hull's Jewel Bergstrom hustle after a loose ball in the first half of the game played in Hartley.

Gracie Knobloch led H-M-S with 17 points and Jasmine Lux scored 10. Other scorers were Lydia Harders with eight points, Kylee Schiphoff with four, and Elise Haack and Emily Mutombo with three each.

The Hawks connected on 17-of-57 shots from the floor, grabbed 26 rebounds and committed 21 turnovers.