Kyle McCarter appointed to H-M-S board 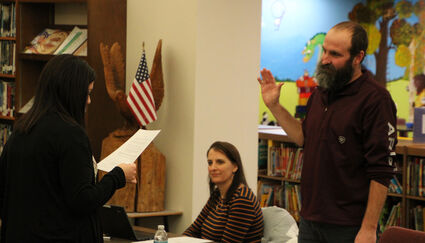 A rural Melvin man will fill the District 4 seat on the Hartley-Melvin-Sanborn school board.

Kyle McCarter was appointed to the seat on Monday. He was one of three individuals who expressed interest in filling the position. Preston DeBoer, of rural Hartley, and Sara Otto, of rural Ocheyedan, were others considered for appointment.

The other four board members voted by ballot to fill the position. President Scott Vollink did not state how many votes each candidate received.

McCarter immediately took his seat on the board. He replaces Scott Heetland who recently resigned after serving for 13...