One for the record books

December derecho was first in history 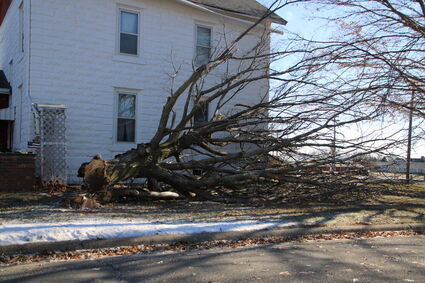 A tree in the yard at Brian and Lauri Myers' residence was toppled by the storm's winds.

Folks in the Midwest can say they witnessed weather history on Dec. 15.

The National Weather Service (NWS) declared the massive system that caused thunderstorms, tornados and high-speed winds a derecho. It was the second derecho to hit the Hawkeye State in as many years and the first ever derecho recorded in the country during the month of December.

A derecho is a widespread, long-lived windstorm associated with a band of rapidly moving showers or thunderstorms. Several schools across northwest Iowa dismissed early last Wednesday in preparation for the storm, which forced the NWS's Sioux Fa...