A problem of proximity 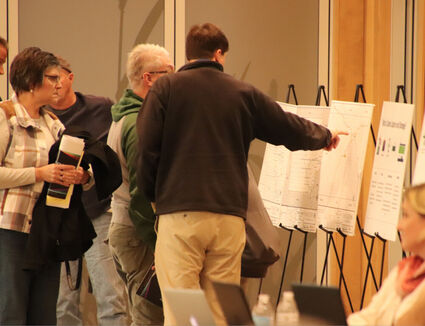 Landowners look at maps of the proposed Heartland Greenway pipeline during an informational meeting held Dec. 1 in Sheldon.

The location of a proposed carbon dioxide pipeline near Hartley is making some folks in eastern O'Brien County anxious.

Concerns were raised about the line's route Dec. 1 during an informational meeting in Sheldon. Navigator CO2 Ventures' Heartland Greenway pipeline would run along the south edge of city limits en route to connect with Valero's ethanol plant west of town. The pipeline, which will be carrying hazardous liquid CO2 compressed at pressures ranging between 1,300-2,100 psi, will intersect with itself near the plant.

O'Brien County has more mileage of pipeline than any other coun...