Pool can collection bin to close for winter

Popular site will reopen this spring 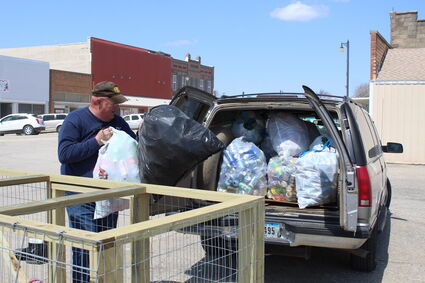 Keith Stoltz removes cans from the downtown Hartley collection bin in 2018. The popular local site will close for the winter and reopen this spring.

A successful can and bottle fundraiser in Hartley is closing up shop for the winter.

Keith and Jackie Stoltz, who've volunteered their time running the donation bin located at the intersection of South Central Avenue and Second Street Southeast, are taking a breather until spring. They said there's a stockpile of cans and bottles worth approximately $10,000 to process and redeem yet, and they need to gain some ground.

"The response has been overwhelming and we've been thankful, but we need to catch up," said Jackie. "We'll be back in the spring."

All money generated from the bin has been do...