District championship among accomplishments by Hawks 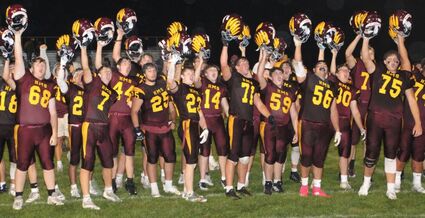 The 2021 football season at Hartley-Melvin-Sanborn will rank with some of the best in the history of the program.

Records of 8-3 overall and 6-0 in Class A District 1, including two playoff wins, offer some measure the Hawks' accomplishments this fall. But Hawk coach Jay Eilers feels there was more to a successful season than just results on the field.

"Greatness is not about record, it is about people," he said. "We accomplished greatness this year."

There were some oddities about the season. In the same year in which the Hawks scored a record 436 points – including six games with at lea...