Kaley Pearson honored with Cooley 'You Can' award

Recognized for character, leadership in sport of volleyball 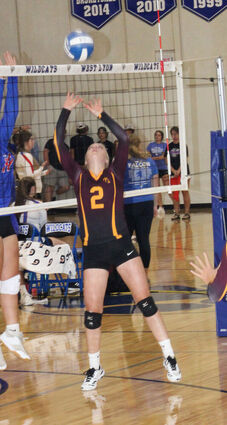 A Hartley-Melvin-Sanborn volleyball player has been recognized for her character and leadership in the sport.

Hawk coach Cheryl Kroese announced that Kaley Pearson received the E. Wayne Cooley "You Can" Award. The award given by the Iowa Girls Coaches Association is named for the longtime executive secretary of the Iowa Girls High School Athletic Union.

Pearson is a senior and the daughter of Jeremy and Trisha Pearson, of Hartley. She led the Hawks this past season in set assists, serving percentage and aces, and was among the leaders in digs, kills and blocks.