Heart and character on full display 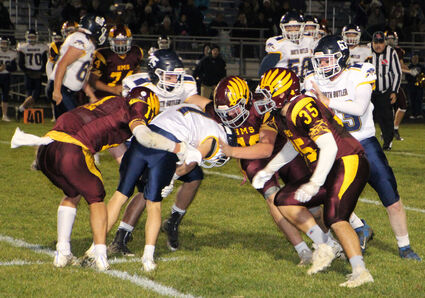 Statistics may not lie, but they do sometimes tend to blur the whole truth.

Despite losing four fumbles in the first half, Hartley-Melvin-Sanborn still dominated North Butler in a 26-7 win Oct. 29 in the second round of the Class A football playoffs at Peterson Field.

The Hawks lost the turnover battle (4-2) but still outgained North Butler by a significant margin in total yardage (388-152) and scored twice in the second half to seal the victory.

Hawk coach Jay Eilers told the players after the game that numbers would not be the true measure of their performance.

"The biggest thing I said t...