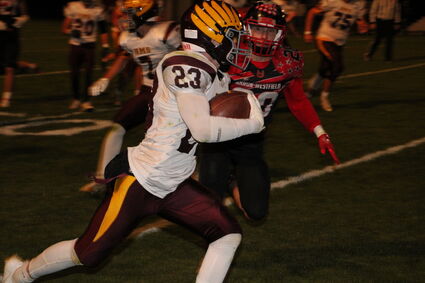 Akron-Westfield delivered the first blow, but Hartley-Melvin-Sanborn landed a knockout punch with three touchdowns in the final minute of the first quarter. The Hawks were in control the rest of the way, earning a 50-13 win last Friday at Akron to wrap up the regular season.

The Westerners received the opening kickoff and put together a 13-play drive that lasted over 6-1/2 minutes. Quarterback Cade Walkingstick scored on a 1-yard run.

"They came out in that first series and did a great job," said Hawk coach Jay Eilers. "I thought they were physical. The pads were popping; those don't happen...