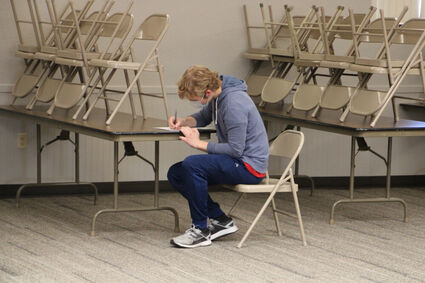 A voter fills out his ballot last November in Hartley.

Editor's note: The version of this story that ran in the printed edition of the Sentinel-News stated that Glen Hammerstrom, of Hartley, was also running a write-in campaign for the H-M-S Director District 2 seat. However, after the paper was printed, Hammerstrom informed the newspaper he had decided not to run. The online version of this article has been changed to reflect the development.

A write-in candidate has announced her intention to seek the Hartley-Melvin-Sanborn Director District 2 seat.

Becky Stoltz, of Hartley, threw her hat into the ring this week. The Director District 2 seat...