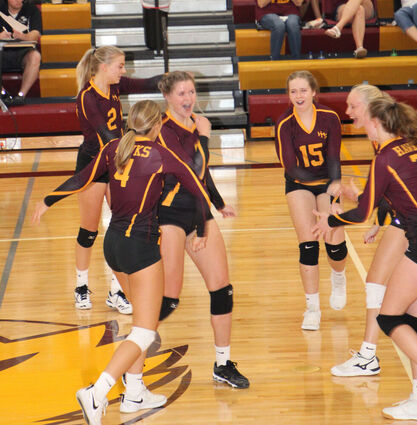 Emily Otto celebrates a kill during the first set of H-M-S' 3-2 win over Harris-Lake Park.

Their records may not have been stellar, but Hartley-Melvin-Sanborn and Harris-Lake Park battled as though the War Eagle Conference volleyball title was on the line.

"Overall it was a great team effort," Hawk coach Cheryl Kroese said. "These girls have worked really hard all season and that paid off with a well-deserved victory."

An early lead in the opener set the tone for th...