Ups and downs in net opener 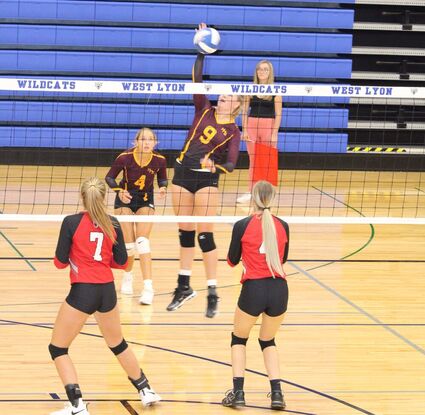 Emily Otto goes up for an attack against Akron-Westfield during the West Lyon tournament at Inwood.

The 2021 volleyball season got off to a winless start for Hartley-Melvin-Sanborn at a tournament hosted by West Lyon on Aug. 24.

A similar pattern developed in the matches against Akron-Westfield and West Sioux. The Hawks could not get on track in the opening sets and lost by identical 21-10 scores. They were competitive in the second sets against the Westerners and Falcons, but could not get over the hump in 21-17 losses.