Too many weapons to overcome 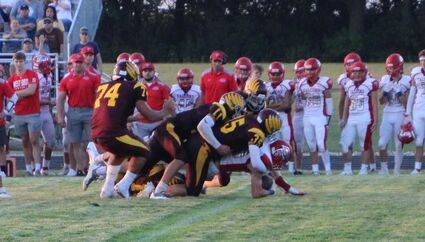 With both teams ranked in the Top 10 by media outlets, the football season-opener between West Sioux (1A No. 2) and Hartley-Melvin-Sanborn (A No. 9) Friday night at Peterson Field was expected to be a battle.

For 18 minutes, the game lived up to the hype. The score was tied in the second quarter but West Sioux started to pull away and eventually earned a 73-21 win. While the warm and muggy conditions took their toll on his players, Hawk coach Jay Eilers accepted responsibility for the result.

"This loss is not on our kids," he said. "We've got to condition more and make sure that we're in c...