'Great day to be a Hawk' 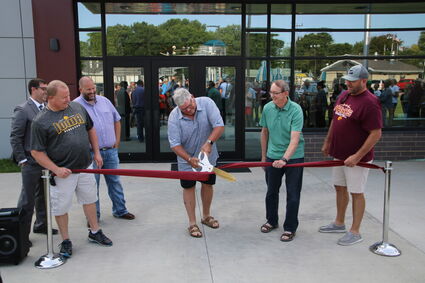 Hartley-Melvin-Sanborn Community School's three-year facility project is near the finish line, as the new middle school in Sanborn was officially opened on Aug. 16.

"It's a great day to be a Hawk," said Superintendent Patrick Carlin prior to the ribbon cutting. "It's great to be celebrating the middle school opening one year after the elementary opening."

After Board President Scott Heetland cut the ribbon, several groups were recognized. They included the bond committee that helped gain passage in 2018 of the $18.9 million bond issue that financed the district-wide facilities project, H-M-...