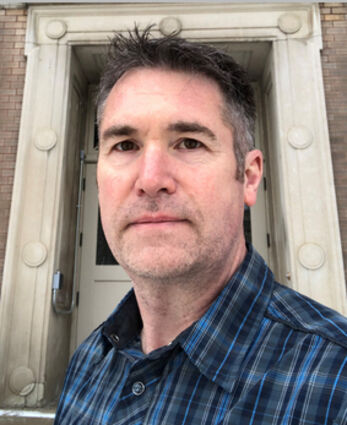 That's all according to a survey conducted by an Iowa State University sociology team, which sent out questionnaires to Everly residents earlier this year. Results were shared with the city council on Monday during a presentation that outlined potential solutions to issues noted by respondents.

Dr. David Peters and Cora Herbkersman reviewed the results. The community center, emergency services, parks, library, local government, public utilities and police were all rated good to very good by more than 50 percent of respondents; however, city streets and local schools rated below that threshold. Peters said the school issue was easily explainable – Clay Central/Everly stopped offering grades 7-12 in 2019 – but suggested the city could work on a few key areas like streets to improve the local quality of life.

"Some of these may be real problems, but some of it may be perceptual," Peters explained.

Respondents also took issue with the overall upkeep of Everly, noting some properties looked run down and needed to be cleaned up. Childcare was also a concern, as local in-home options are limited. There is no community daycare center in Everly anymore, either.

Peters noted that respondents were highly attached to Everly and proud of the community; however, some noted that the town has lost confidence overall and lacks cooperation.

The survey indicated more people would like to get involved in community events, projects and decisions, but are never asked or don't know how. Mayor Brad Behrens called that baloney. He said the city is always trying to get new people involved and local officials have reached out to residents repeatedly for help with community-led boards and events.

"It kind of drives me nuts seeing these comments about not being asked. We ask all the time," he said. "Nobody ever wants to come out and see what's going on. Some of this you just need to take with a grain of salt."

Other areas of concern were a lack of jobs and businesses. Respondents said they like Everly because it is quiet, friendly, small and safe.

"They leave you alone if you want to be or you can be involved in everything," one person wrote.

Peters and Herbkersman said city leaders could take small steps to get people involved, like putting a signup sheet for events and groups at the post office. They said it may take a period of trial and error before people start involving themselves more.

"We know a lot of small towns that have really improved on these areas," Herbkersman said. "There is momentum in small things that can be done."

The presentation wrapped up with discussion about the Rural Shrink Smart program. With funding from the National Science Foundation, the program's organizers are developing strategies and sharing examples of successful "shrink-smart" towns to help similar communities with 21st Century issues.

Peters explained rural population decline is often caused by factors beyond local leaders' control, and instead of focusing on regaining numbers, they should prioritize ways to improve the quality of life in their communities. The council was intrigued by the program and will mull participation at a later date.

"I think this is something we need," said Council Member Tara Patrick. "We need to think outside the box and get new ideas to get people involved."

The survey led by Peters and Herbkersman's team is done periodically as part of ISU's Rural Sociology Program. Everly is one of dozens of towns included in the decades-long study. The last survey was conducted in 2014.