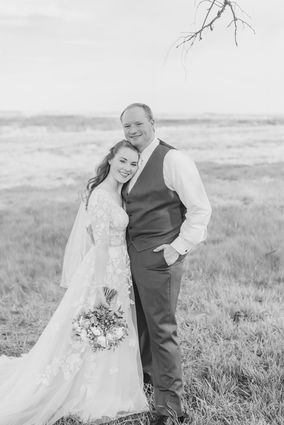 Holly Polak, of Sioux Falls, S.D,, and Ryan Flynn, of Hartley, were united in the sacrament of holy matrimony on Saturday, May 1, 2021. The wedding was held in Sioux Falls at St. Lambert Catholic Church with Fr. Shaun Haggerty officiating.

Holly is the daughter of Tom and Sally Polak, of Sioux Falls, S.D. Ryan is the son of Ken and Connie Flynn, of Hartley.