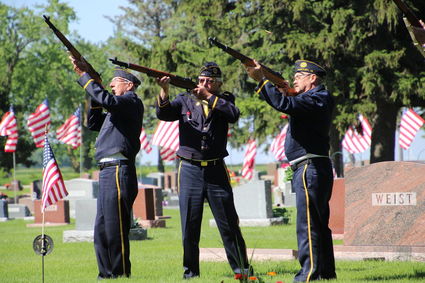 Duane Jalas knows a thing or two about sacrificing for his country.

The Vietnam War veteran, retired pastor and Sutherland native spent 14 months recovering from a bomb explosion that occurred 53 years ago during the Tet Offensive. His hands were mangled and the road to recovery was long, but he considers himself lucky.

More than 1.35 million Americans fighting in conflicts ranging from the Revolutionary War to the War in Afghanistan never made it home alive.

"Countless men and women have put themselves in harm's way. It is imperative that we remember them and the freedom for which they so...