They were fit to be tied 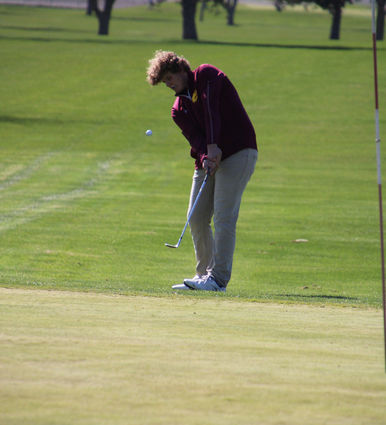 Nick Bronstad makes his approach shot to the green in the meet with Remsen St. Mary's.

Like their female counterparts, the Hartley-Melvin-Sanborn boys' golfers found themselves in an unusual tie with MMCRU when their War Eagle Conference meet ended. Both teams finished play last Friday at Marcus with identical 180 team scores.

But unlike the H-M-S girls, the boys didn't find the tiebreaker to be as friendly. Their fifth score was one stroke higher than MMCRU's, giving the hosts the meet win.

"We played better, but we had too many penalty strokes," Hawk coach Mark Japenga said.

Samuel Heyn topped the medalist list with a 41 while Ben Haack was fourth with a 42. Other results f...