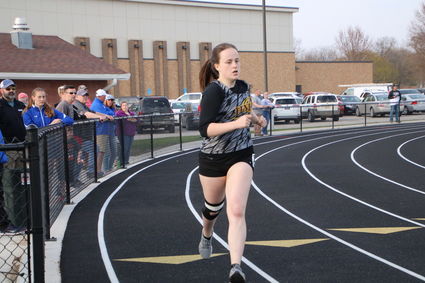 Kayla Kathman was one of the H-M-S runners to compete in the 400-meter dash at the Okoboji Relays.

Jasmine Lux's placing in four events was among the highlights for the Hartley-Melvin-Sanborn girls' track and field team at the Okoboji Relays, held on April 26 at Milford.

Freshman Lexi Croatt was fourth in...