Cause of blaze remains under investigation 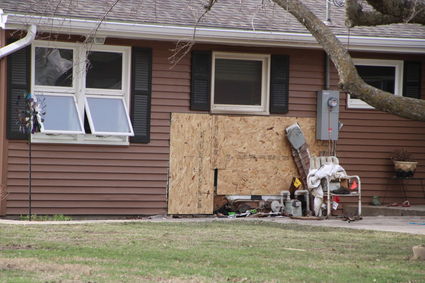 Open windows and boarded entry points were visible reminders of the fire that occurred March 23 at Janice Erick's home in Everly.

Investigators are still trying to determine the cause of a fire that claimed the life of an Everly woman on March 23.

Firefighters were called to 306 N Ocheyedan St., at approximately 3:20 p.m. According to Assistant Fire Chief Ray Savage, smoke could be seen coming from the house's vents. Emergency personnel entered the home and found its owner, Janice Erick, 91, who was transported to Spencer Hospital. She later died of injuries sustained in the blaze.

Fire departments from Everly, Royal, Spencer and Fostoria responded to the call. Savage said most of the flames were located in the southe...