Stop making it harder to vote in Iowa 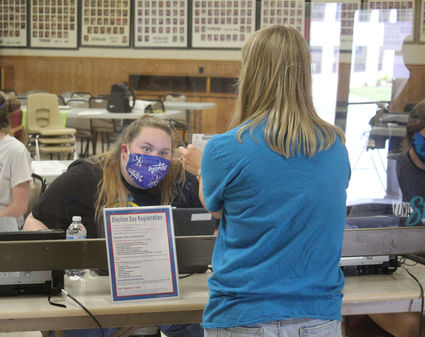 A voter shows her ID during the June 2 primary election. Turnout numbers in Iowa broke records in 2020.

There was a time when Iowa's election laws shone as a bright beacon of democracy to our peers in other states. Thanks to dubious actions by the state Legislature, the Hawkeye State has fallen far from grace.

Gov. Kim Reynolds this month signed legislation cutting the state's early voting period and closing the polls an hour earlier on Election Day. This was by no means a bipartisan agreement, as the law was passed on strict party lines in both the House and Senate. Reynolds, a Republican, happily gave it her signature despite vocal pushback from county election officials.