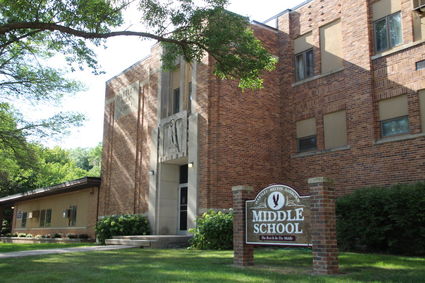 The former H-M-S Elementary building in Hartley has been serving as the middle school this year while the new junior high is built. The halls will go silent once 5-8 grade students depart for their new digs in Sanborn next fall.

The end of the former Hartley-Melvin-Sanborn elementary school's usefulness as an educational facility is on the horizon, prompting discussion concerning its future by the board on March 15.

Superintendent Patrick Carlin suggested two options for the building, which is housing H-M-S's middle school students while a new facility is under construction at Sanborn.

The first is to demolish the building, most of which was built in 1936 along with an addition in 1955. If that were to occur, the district would have to dispose of the vacant property.

A second option is to list the building as an av...