Only 44 residents cast 'no' votes 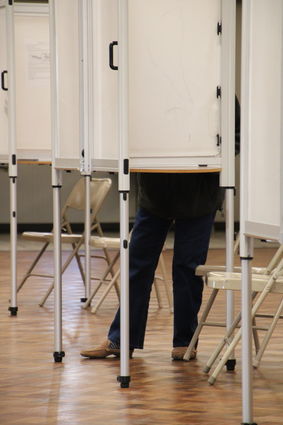 A voter fills out her ballot at the Hartley Community Center during the special pool bond referendum on Tuesday, March 2.

Any doubts about support for a new pool in Hartley were crushed Tuesday.

Voters in the City With a Heart overwhelmingly supported a $1.7 million bond issue that will partially finance construction of a new aquatic center. According to unofficial results, 84 percent of voters cast 'yes' ballots while only 16 percent voted against the measure.

"The committee is really pleased with 84 percent," she said. "The committee felt that we had the community's support, and Tuesday's vote showed that we...