This mission is not accomplished 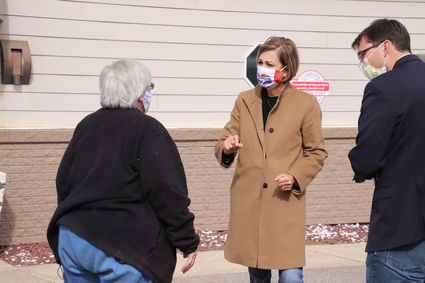 Gov. Kim Reynolds chats with a constituent during a stop in Sibley in October.

Many Americans remember President George W. Bush's 2003 "Mission Accomplished" speech not for its words, but for its imagery.

The address came following decisive success by U.S. troops during the second war with Iraq. Perched atop the deck of an aircraft carrier, Bush announced the end of major combat operations in Iraq with a banner that read "Mission Accomplished" prominently displayed in the background. He never actually uttered those words during his speech, but photos of the president addressing soldiers in front of the banner quickly became both ironic and iconic as America's military...