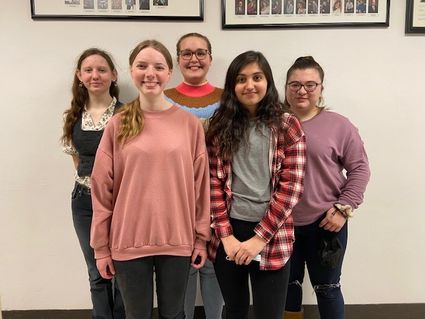 The short film team consisting of Marie Hicks, Jaela Anliker, Anissa Bush, Alyssa Gibbons and Juliana Pasillas put together a performance that earned them a I rating. Due to the pandemic, the contest was held virtually Jan. 23 rather than in person. The team created a short film entitled "After the Lie" and emailed the film to Spencer High School, where it was viewed and evaluated by a judge certified with the Iowa High School...