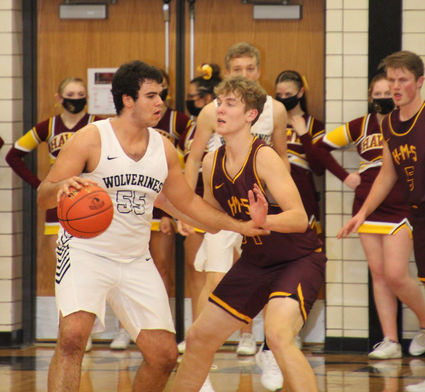 Hartley-Melvin-Sanborn had the advantage in attempts and made baskets from the field, but South O'Brien was more efficient offensively and had a big advantage at the free throw line. Those factors led to the Hawk boys' 54-46 loss on Dec. 22 at Paullina.

H-M-S attempted 54 shots from the field compared to 32 by the Wolverines. But the Hawks only finished with two more made field goals, and only made 31.5 percent of their attempts compared to 46.9 percent by South O'Brien.