'Everybody goes through tough times' 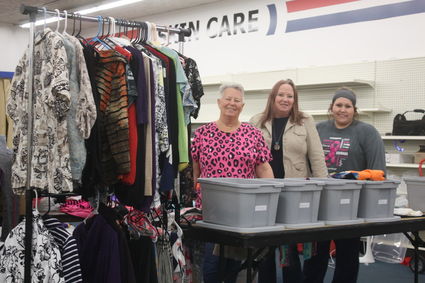 A commercial space in downtown Hartley is stocked to the gills with apparel, but none of it's for sale.

That's because it's all free.

Hartley Community Outreach opened its doors last month in the former Med-Equip Pharmacy building located at 141 S Central Ave. Mari Howard, who owns the building with her husband, Rusty, spearheaded the idea for the charity along with Holly Myers, Mindy Jo Alesch and Louise Fennell. So far they've been offering clothes, toys and baby items to families in need.

"It's free and they can take whatever they need," said Howard. "We will not ask questions and we are...