Iowa goes to Trump, other Republicans 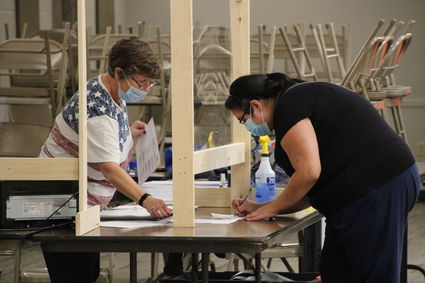 Local voters sided with most of the state during Tuesday's general election when they overwhelmingly supported Republicans in the big-ticket federal races.

Republican President Donald Trump, Republican Sen. Joni Ernst and Republican congressional candidate Randy Feenstra received a groundswell of support in O'Brien and Clay counties Nov. 3. With the exception of Feenstra in Clay County, each candidate carried both counties by more than 30 points.