Deserving what they earned 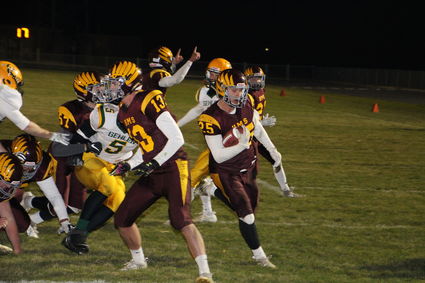 Last Friday night's cold and windy conditions were the perfect backdrop for the kind of football Hartley-Melvin-Sanborn wants to play – run the ball and be solid on defense.

The Hawks did both as they won their playoff rematch with Gehlen Catholic, 38-6, at Peterson Field in Hartley.

The Class A state playoff qualifier banner presented after the game highlighted the fact that for the first time, H-M-S had won a second-round postseason game.

"That was H-M-S football. They deserve what they've earned," Hawk coach Tyler Horkey said. "Our guys came to play. They were prepared for what they ne...