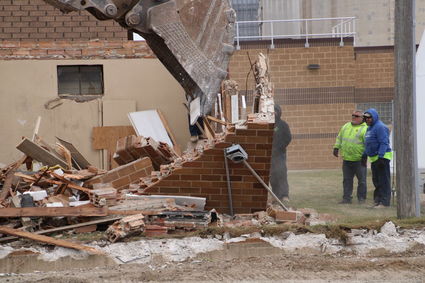 Schmillen Construction, of Marcus, tore down the old scale house, well house and city jail on Oct. 1. The scale and another small shed were also removed.

The jail and well house were built in 1940 and scale house was erected in 1960. The city council in July decided that after years of sitting vacant, it was time for the buildings to go.

The demolition process took about a day, and the area was backfilled with new dirt after debris was removed.