A nightmare on Second Street 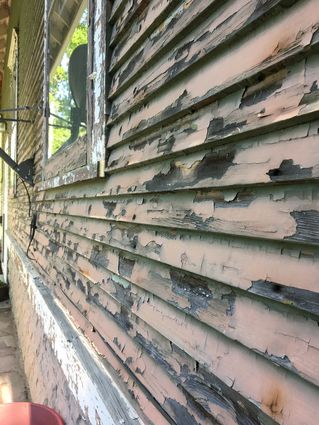 Editor Nick Pedley has a long way to go on his scraping and paint project at his 103-year-old Ocheyedan home.

If I'm not complaining about my house, I'm not breathing. Lately, I've been short of breath.

I started the scraping portion of the painting project last month at our 103-year-old Ocheyedan home. This nightmare is something I've been putting off for two years. One month in, I know why.

Basically everything is coming off the ancient cedar siding. I know you're not supposed to be too picky when scraping, but if I can get it off, I'm going to. It's rather maddening – progress is slow and the square footage is great. I try not to think of the scale of this project too often, but it's literally...